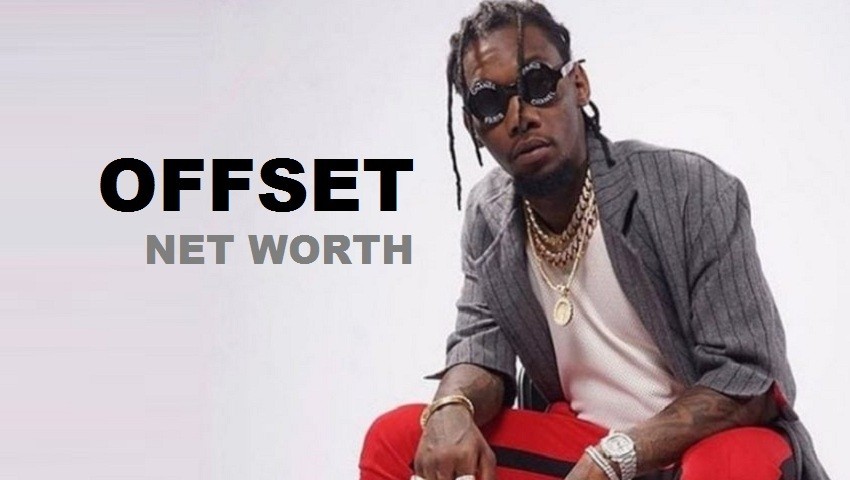 Kiari Kendrell Cephus better known as Offset is an American hip hop recording artist. Offset is a member of the hip-hop trio group, Migos which was formed in 2009 alongside his relatives, Quavo and Takeoff.

Migos has over the years been able to achieve national wide recognition and success. Their two recent albums, Culture II and Culture have become exceptionally popular even topping the charts on the US Billboard Hot 200.

Songs such as “Narcos”, “Bad and Boujee” and a Drake collaboration “Walk It Talk It” have seen Offset and the Migos win awards and commendations.

In September 2017, Offset married fellow rapper Cardi B and had a daughter. The couple later separated on December 5th, 2018 following Offset’s affair rumours with a Cuban model. Offset has three children from his earlier relationships.

Born in Lawrenceville, Atlanta Georgia on December 14th, 1991, Offset was raised in a suburban area alongside his two counterparts, Quavo (Cousin) and Takeoff (Quavo’s nephew) in the Migos group. The trio united to form Migos in 2009.

Since Migos rise to stardom, songs such as “Slippery” and “Motorsport” have command airwaves all around the globe. However, their rise to prominence came in 2013 after the release of their hit single “Versace.”

Two years later, offset along with Migos were back to release “Yung Rich Nation” which became their debut studio album. In 2017, they released a new album, Culture which topped the US Billboard charts.

“Bad and Boujee” along with other songs in the album were topping charts in Canada and had received Grammy awards nomination for Best Rap Album.

When Offset released his song “Boss Life” in 2018, he made headlines after he stated he could not hang out with individuals that were homophobic.

His statement attracted a lot of online criticism which leads to release of a clarification statement through his official Instagram account that the statement was not intended to attack any individual who was gay.

In the later years, Offset released their project called “No Complaints” which featured established rappers such as Drake and record producer Metro Boomin. He also features Macklemore in his song “Willy Wonka.”

However, his journey to the top has not been a smooth ride. In April 2015, he was arrested along with Quavo and Takeoff for having marijuana and a firearm during their performance at the Georgia South University.

According to Wealthy Persons, Offset Net Worth 2021 is estimated to be $30 million.

Offset has elevated his net worth as a one – third in his group, Migos. Following the success of their hit single, “Bad and Boujee”, the trio launched a gruelling national wide tour that saw them earn $50Million within a period of 12 months. Offsets individual earnings were $8 Million.

Listed are the best highlights of his career:

What Is DMSO And Its Uses?