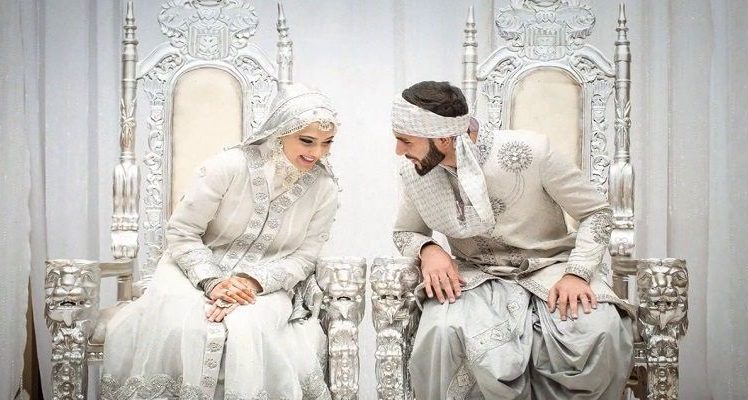 The world is amazingly diverse, which is why it is beautiful. Of course, where there is white, there is black, but we believe that a wedding is always something bright and sublime, universally good.

Therefore, it is so interesting to learn about the rituals, attributes, and traditions associated with weddings in different countries, especially if you are looking for a younger woman for marriage. Today we invite you to plunge into the ancient culture of the East and talk about the traditions of the Arabian wedding.

“Let love and harmony unite the two of you”

Every Muslim girl dreams of hearing these words. An Arab wedding - there is little in the world that can be compared in luxury and splendor to this celebration. There are so many stories, legends, and myths about this beautiful ceremony, they are surprising and fascinating, and those who were lucky enough to see or attend them as a guest admit, the myth of oriental hospitality does not convey the completely amazing atmosphere of the holiday.

That's right because the number of invited guests can be absolutely limitless, and everyone can come to an Arab wedding to share the joy with the groom - the male part of the holiday is open to everyone. The female half is much less democratic: a beautiful bride surrounded by her female friends, mothers, and aunts has fun without strangers, limiting the circle of guests with a strict dress code.

Modern newlyweds, even those that were brought up in the traditions of Islam, sometimes deviate from the rules and arrange a joint holiday, however, the basic principles are strictly followed just the same.

The people that were invited to the wedding must come to take part in it. Here’s an interesting custom: if the time for holding two weddings coincided, then you should go first to the one to which you were invited to earlier, and then to the second wedding.

Wedding invitations themselves are not printed on sheets of paper. An invitation must be original and reflect the financial viability of the groom. After all, he carries all the wedding expenses. Do not be surprised if you receive a gold plate as an invitation with the text engraved on it.

It can be made of natural silk, gilded paper, precious metals and decorated with precious stones, and also packed in an openwork box or a crystal vessel. Text usually begins with lines from the Holy Quran. A similar invitation will be kept by the guest for many years, reminding them of a luxurious celebration.

“The Night of the Henna” is an amazingly beautiful ancient Muslim rite, which today has become a fashionable trend for young people and other faiths. Laylat Al Henna is usually held on the eve of the wedding ceremony. This peculiar Arabic “bachelorette party” is truly a demonstration of beauty, outfits, and jewelry in front of each other.

Men are not allowed to participate in this rite.

On this night, the bride is given a precious ligature of ornaments that carry a secret meaning, painted with the finest tassels of her hands and feet. In order for the patterns to bring happiness, several conditions must be observed: the draftswoman must be a woman happy with her marriage and a special mirror, which will subsequently be another symbol of love and prosperity for the bride.

There are also two beliefs associated with wedding patterns.

First: the darker the henna pattern of the bride, the more her future mother-in-law will love her. Therefore, a girl tries not to remove the dried henna until the morning, as the longer the drawings will last on the skin, the darker they will be. The second belief: the groom’s initials are woven into the elaborate ornate patterns and at the beginning of the first wedding night the groom must find them.

Since young people usually saw each other for the first time at a wedding, the search for initials was supposed to make them closer. If the groom did not find the first letters of his name on the hands or feet of the girl, then in the morning he should give a rather large gift to her.

The ceremony of marriage takes place in a mosque or at home in accordance with all the instructions of the holy Quran. It is possible with the consent of the bride and her parents for marriage, a man must then choose a mahr for his future wife.

In the event of widowhood or divorce, at the request of the husband, the mahr remains with the wife. Two Muslim men are usually witnesses to concluding a prenuptial agreement and put their signatures next to the signature of the bride’s father and her husband.

Bakhoor is used to give the room a pleasant smell, and in honor of a significant wedding event and meeting guests, the choice of exquisite incense is especially carefully considered. Indeed, according to Arab beliefs, they will drive away evil spirits and bring peace and joy to the house.

Real and high-quality Bakhoor should consist only of natural components, which make it unique. A pinch of wood is infused with essential oils or extracts of various aromatic substances. Created specifically as a wedding present, Bakhoor is considered to be a revered gift and can be very expensive. It can also become a part of the dowry of the bride and serve as a relic of the house.

According to Muslim customs, during the wedding feast, the couple and, accordingly, the guests are divided. Traditionally, the celebration is held in two different halls. A wedding feast for women involves lots of delicious treats, but the most important thing is a luxuriously decorated room where the female part of the wedding will be held.

Today, halls of expensive luxury hotels are usually rented, and then skillful designers and artists decorate the hall to the taste of the newlyweds. The entire hall should complement the bride’s podium in the form of a throne, which can be decorated in Eastern or European style, but its decoration must necessarily be in harmony with the bride’s outfit.

The bride appears in a beautiful outfit embroidered with crystals, flowers, birds, and gold and becomes the real queen of the holiday. Women in their hall can uncover their heads, have fun, and dance, joyfully celebrating the holiday, because men are strictly forbidden from entering the hall.

Only at the end of the evening, the groom with his father and witness come to the women's room to pick up the bride. Ladies are notified of their arrival in advance in order to be able to put on a hijab. So the bride officially leaves her father’s house and comes to her husband’s house.

“The one who got married has gained half the faith,” the Qur'an says, and this ancient wisdom is undeniable.

Fatiha is a blessing to the newlyweds. This custom includes reading the first surah of the Qur'an in the presence of the newlyweds and their families, sometimes relatives. The purpose of this tradition is to enable newlyweds to visit each other’s houses and to communicate with each other’s families according to the will of the Almighty. Fatiha is a very sacred ceremony that lasts several hours. Baklava and knafe are the treats that accompany the ceremony.

It is worth saying that without this ceremony, marriage is technically not valid. Nikah in the Pakistani and Indian traditions, or katb al-kitab in the Middle East, is a marriage ceremony of special importance. The newlyweds are sitting opposite a religious leader and between two witnesses, both from the groom and the bride.

The imam reads the verses of the Qur'an, preaches on the significance of marriage in Islam, describes the rights of a husband and wife. The consent of both parties is asked. Then the family reads Fatih to bless the marriage. In the end, the spouses sign a marriage agreement, which indicates the legitimacy of the marriage.

Depending on the desire of the young, this event can occur in a narrow family circle, or in the presence of all relatives and friends. The completion of this event is a celebration with a variety of dishes.

Valima is the second part of a traditional Muslim wedding. The traditional wedding party is attended by relatives, friends, neighbors and is usually held by the groom. All the guests wish the newlyweds a successful life. This is a colorful, vibrant celebration with traditional food, music, and dancing. In Pakistan, the responsibility for organizing and paying for Valima lies with the bride.

The arrival of the bride

This tradition is very popular at weddings in the Middle East. The bride is waiting for the arrival of the groom, who takes her before the start of the celebration. The groom arrives with a motorcade of cars, while traditional Arabian drummers are waiting for the groom to arrive. This event is marked by dancing and drum sounds. 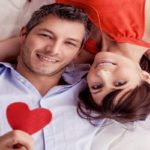 Previous Story:
Amazing Tricks You Should Try In Bed Tonight 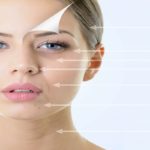 Next Story:
What are dermal fillers? A Quick Introduction

About the Author: Wendy Stokes